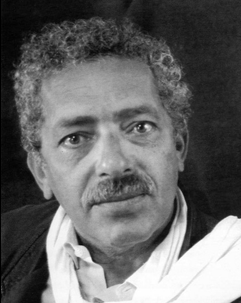 Breaking through the maze of Western art history, traditionally locating the sources and primal sources for art in the Greek-Roman antiquity, Adam Henein attempt not a restoration or reconstitution, but a conversation with European sculpture, grounded in an older source for abstraction Egyptian antiquity.
His framework of reference emerges two-fold; a tradition of draftsmanship meets the boundlessness of abstraction.
Otherwise traditional subjects open up in singular clean lines reminiscent simultaneously of the pre-classical and the modern, drawing a new historical line for the birth of the modern mind through the shapes and formal qualities of the sculptures.
While manipulating with very heavy materials, Henein remains minimal and essential, yet reaching surgical precision; the precision in his work is not fidelity of representation but a human intuition about the conventions of space and perception.
Different periods of Egyptian art history surface in his work, establishing a dialogue across different eras embedded in a project of visual modernity, consolidating an approach whose future is anchored in the infinity clarity of its past.

Adam Henein was born in Cairo in 1929.
He completed his training as a sculptor at the Academy of Fine Arts in his native Cairo in 1953.
Born into a family of metalworkers and greatly influenced by the ancient Egyptian heritage, He was awarded the Luxor Prize in sculpture 1954-1956 and in 1971 he moved to Paris, where he began experimenting with painting.
As one of the most renown sculptors from Egypt, the artist returned to live in his native land after a quarter of a century in France, and founded the annual International Sculpture Symposium in Aswan in 1996.
From 1989 to 1998, Henein headed the team involved in the restoration of the Great Sphinx at Giza, and was awarded the State Award for the Arts in 1998 and the Mubarak Prize in 2004.
Considered one of the major sculptors of the generation, Adam Henein's work has been exhibited in Alexandria, Amsterdam, Cairo, London, Nantes, Paris and Rome.
Groups shows including his work have been held in Cairo, Munic, Calais, Casablanca, Dakar, Ljubljana, Naples, Solento and Spoleto.
The artist has executed a number of public art commissions on display in Egypt, Italy and Saudi Arabia. He was exhibited at Galerie Janine Rubeiz in 1995.