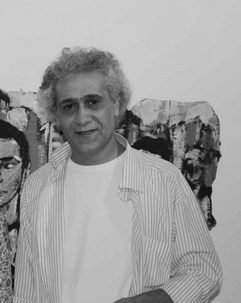 Born in Aleppo in 1964, Ahmed Kleige is a Syrian artist who currently lives in Maastricht, Netherlands. In 1988, he graduated from the Fathi Mohamed Fine Arts Center in Aleppo and became a member of the Syrian Fine Arts Union in Damascus.

Kleige has participated in numerous solo and group exhibitions in Lebanon and Syria at the Unesco Palace, the American University of Beirut, Sursock Museum, Zamaan Gallery and Damascus Opera house. With Galerie Janine Rubeiz, he was part of a concept, “Shattered faces”, in 2013 and a collective exhibition, “oeuvres recentes”, in 2017. Most recently, he has held “Labyrinths of the soul” a solo exhibition that took place at Galerie Janine Rubeiz in 2019.

His work has been acquired by different private collections and is permanently exhibited at Galerie Janine Rubeiz.

Beginning from an interest in the human figure -particularly faces- which opens soon enough into a visual mapping of catastrophe and oppression in the Arab world. Ahmad Kleige's signature paintings, often embedded in empty, blurry backgrounds, belong to a world fundamentally static and punctuated by political violence. From the massacres in the northern Iraqi town of Halabja to the new realities of the Syrian civil war, the palette is gloomy and somehow alienated; the images are from a distant time, and the faces, albeit familiar, are never recognizable, they tend to break down into their own shapes, a leap into abstraction.

The scenography, however, is distinctly that of war and conflict. At times there are also architectural surveys; shantytowns, refugee camps, slums.

These absent landscapes seem overpopulated with haunted faces, hiding underneath the thin foil, represented by the hung laundry, sometimes even a flower. 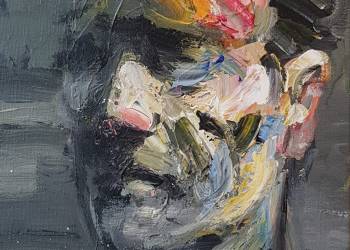 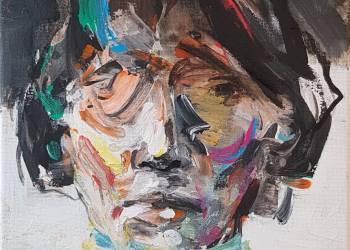 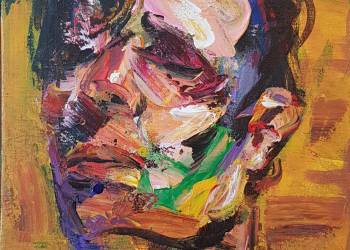 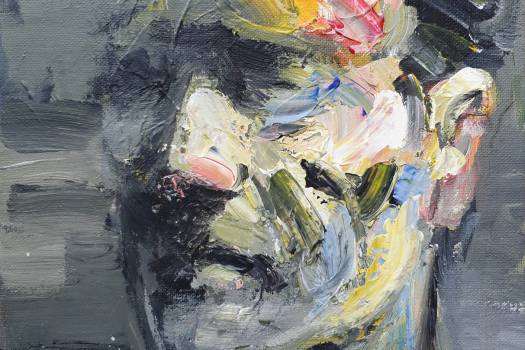 Labyrinths of the Soul - Ahmad Kleige