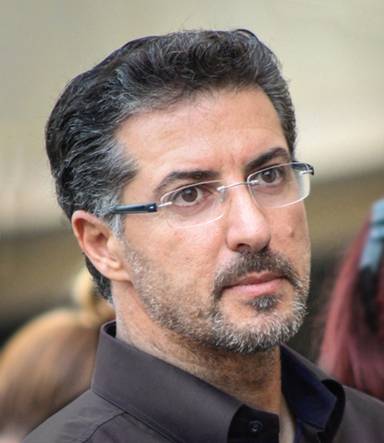 Born in Lebanon in 1969, Nabil Helou is a Lebanese sculptor and visual artist. After studying sculpting and graduating with a Master’s degree in Visual Art from the Académie Libanaise des Beaux-Arts – ALBA, Helou went on to specialize in sculpting and virtual sculpting at the Ecole National Supérieure d’Art de Cergy in France. He taught sculpture at ALBA from 1995 until 2000.
Helou has been the recipient of numerous awards for his work in sculpture throughout his career, including the “Contemporary Sculpture Award” presented by MACAM at the 5th Visual Art Forum in 2014 and the Special Prize of the Jury at Sursock Museum’s Salon d’Automne in 1998.
Helou has taken part in over 50 collective exhibitions and held several solo exhibitions, including shows at the Bustan International Festival of Music and the Arts, Lebanon, in 2014, the Zayed University, Abu Dhabi, in 2008, and the German Cultural Center (Kulturzentrum) in 2000.

“What is the chemistry that connects between people different characters?
What is in common between the 4 elements of the earth?
Between water and fire? Wind and earth?

Nothing is in common, yet they are the essence of our planet. From the diversity of nature to the complexity of the human behavior, to the recycling laws of animals, to the majestic system of galaxies, to the power of microscopic atoms… there is a huge contrast.

Which dimension can gather them all?

Each day, we wake up with different feelings, different thoughts, each moment we grow up, we constantly change physically and mentally. Being mature is an unreachable moment yet this is maturity.

As an artist, I wonder how I could spend my life working on the same theme and the same line or concept. It is like looking from the same angle all my life without exploring other perspectives.

Being an artist is about searching freely, without any rules, while experimenting with materials, textures, ideas, volumes, and voids.

In observing what is surrounding my body and mind I am capturing my own dimension: The Fourth Dimension.

Sounds and echo don’t disappear, they travel in space, in a void, in the Fourth Dimension, same as light and shadow but with a different perspective. If we change our perspective then the same artwork changes.

Between realism, figurative, impression, odd, water motion, space harmony and whatever I might work on in the future, there is only one thing in common: Me.

An artist’s mind is an open art lab where feelings are merging with texture, ideas with volumes, shapes with light and void with shadows.” 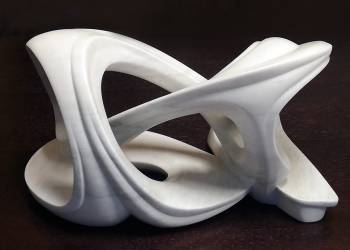 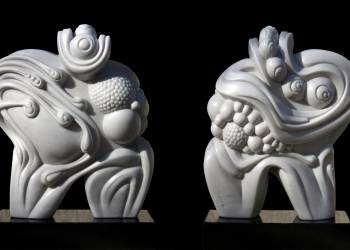