​Born in Baissour, Lebanon, in 1992, Ribal Molaeb moved to Salzburg, Austria at the age 17, to study at the Mozarteum University Salzburg. He later moved to Vienna to study at the University for Music and Performing Arts, where he received his Master’s degree in Arts with distinction.

Molaeb was assigned as the artistic director of ''SUMITO'’ Art and Music Association in Switzerland.

He is the president of the "Molaeb Art Museum" and the founder of ''Molaeb Festival for Chamber Music and Fine Arts''.

He currently lives and works in Zürich, Switzerland.

His oil paintings have been exhibited in Amsterdam, Zürich and Vienna.

He learned his craft from his father artist Jamil Molaeb, before moving to Austria at age 17 where he continued practicing on his own.

Ribal Molaeb performed several solo viola recitals in different venues around Europe, including the prestigious Musikverein in Vienna, where he performed twice.

His album “My Years in Vienna“ 2010-2018 features Brahms and Hindemith viola sonatas as well as his own compositions.

He was, as well, assigned artistic director at the "Salon Musical de l'Association Wagner” and is a member of Daniel Barenboim’s West-Eastern Divan Orchestra since 2010.

His career carried him to perform in the most prestigious halls of Europe, China, North and South America.

Ribal Molaeb's paintings express a longing to a complete world. His quest is one for visual contentment in shapes and colours, creating a substitute to a world he perceives as defective.

His use of strong oil color echoes his clarity and keen character and his sharp strokes express his Mount-Lebanon nature.

Being the son of artist Jamil Molaeb, Ribal grew up in an atmosphere of painting where art was discussed every day. For him, the need to create runs deep, be it in music or in painting. Molaeb uses his understanding of harmony in classical music theory to help him create a personally satisfying world, cleanly designed, delicately harmonized. 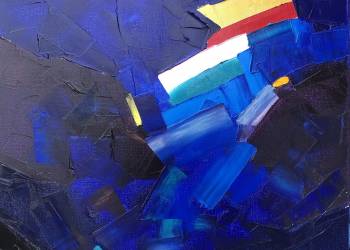 When Disciplines Dovetail: Ribal Molaeb talks lockdown painting, learning from his father and Lebanon as a source of inspiration 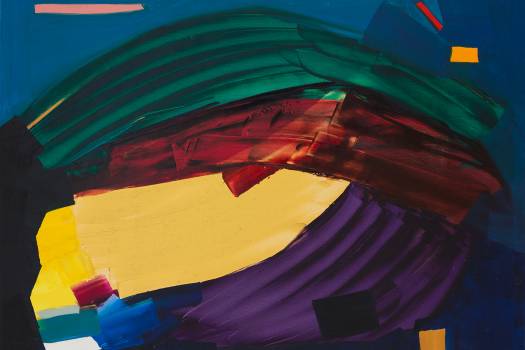 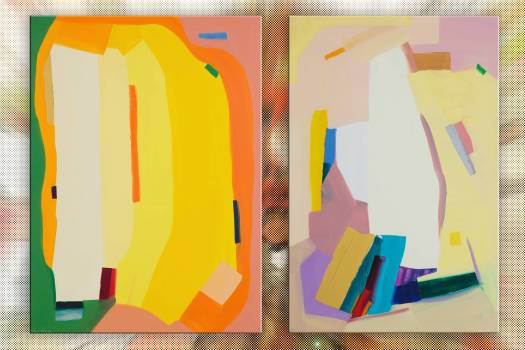