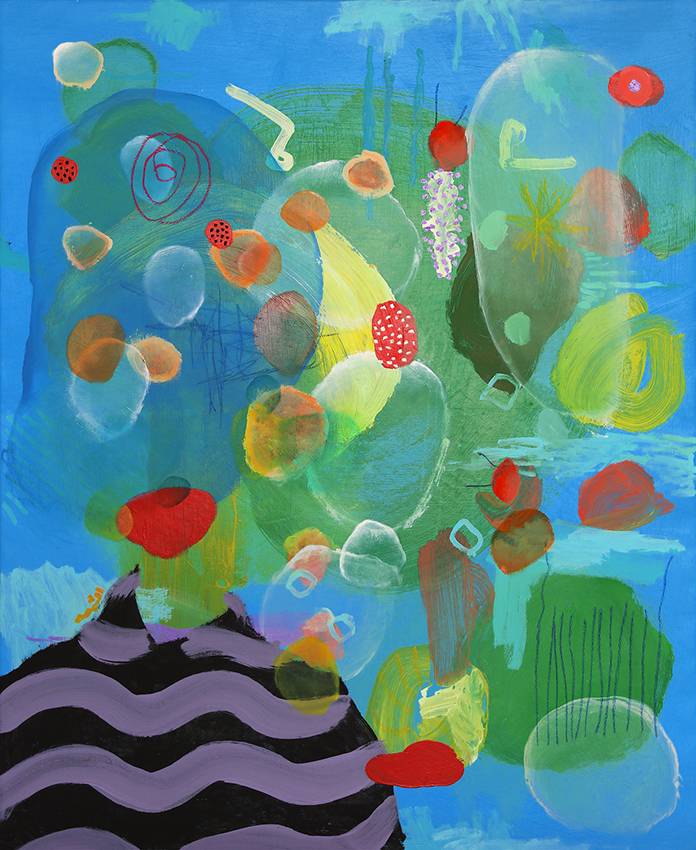 I am fascinated by bubbles and their unbearable lightness, their transparency, wobbly shapes, and fleeting existence...

Like feelings, illusions, beliefs, dreams and ideas, bubbles attract each other to merge, fuse, and eventually disappear... Life in a state of play.”

Born in 1960 in Beirut, and currently based in Baabdat, Lebanon, Fadi Elchamaa has intermittently traveled and lived in 8 different Arab creative cultures: Beirut, Damascus, Al Khobar, Manama, Cairo, Riyadh, Casablanca, and Doha, which had a great influence on the development of his visual language and search for authenticity.

A self-taught artist, Elchamaa worked with photography and darkroom techniques between 1974 and 1981, before moving to painting in 1982. He has “survived three wars, of which one is civil, a pandemic, and the total dissolution of his country as he knows it”.