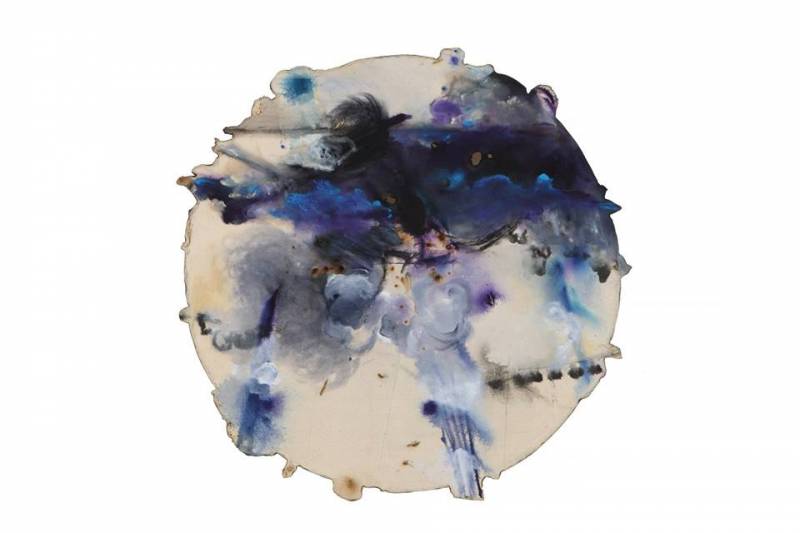 The relationship between Lebanese political art, the Lebanese civil war and its exile repercussions has always been an ambivalent one. True, art needs peace and quiet for its development. And yet, time and time again, Hanibal Srouji has managed to prove the contrary by remaining a devoted mediator between reality and memory through atypical methods since his forced exile in 1976.

Today, forty-two years later, Srouji is beseeching us to redeem a fundamental right we as Lebanese have been deprived of: “The Right to Dream.”

Remarkably, tracing Hanibal’s artistic trajectory bears witness to his recurrent adherence to visiting loss and persistence of war memories without falling for the obsession to theorize or archive them. Instead, the artist embarks on a mission to revisit the trauma as a mean to heal and mend new possible ways to experience his ever changing reality. One can almost parallel the course of his work to the theory of Five Adaptive Stages of Grief in the field of psychology. From his exhibition “Particles” (1997) through “Healing Bands” (1999) reaching “Head in the Cloud” (2013) and ultimately arriving to “Let Us Dream” (2018), it is evident that Srouji is attempting to break the vicious cycle of constantly revisiting this agonizing period of Lebanon’s history and impetrating us redirect our aspirations by simply dreaming.

The works in this exhibition exemplify the artist’s search for capturing the fleeting qualities of nature. His commitment to the mastery of the continual variation of light is evident through his unconventional aesthetic experimental path that combines fire, carbon, graphite, colored pencil, neon and acrylic on canvas. A particularly marked feature of the works presented is Hanibal’s mastery of deliberately haunting the observer with physical scars of the conflict yet remaining deceivingly abstract through his method. The paintings give an impression of a brush stroke that is keen on physically forcing the canvas to open a space to escape and dream…

In a world where the contemporary art system is occupied with Arab artists competing with warriors in depicting the vigorous nature of war through uncanny similar aesthetics, Srouji remains faithfully unaltered by reconstructing from his personal past a possible optimistic perspective of the future. The exhibition exemplifies the power of art in combating geopolitical exoticism, where ‘Arabs’ are constantly being depicted as living a bitter reality with a hopeless future.

Alternatively, Srouji is typifying an incorrigible optimistic Arab soul that relates to many of us. Yet, we are rarely, if ever, depicted in this manner. Reflecting on recent exhibitions and curatorial projects on the international platform, one begins to question what kind of art is expected of the label ‘Middle Eastern Artist’? It is as if the global art discourse is blindly committed to exposing one version of political art production in the Middle East. The works presented in this exhibition reject the stereotype and ‘remind’ the world of the diversity of cultural production in the region while pleading future generations of the Middle East to dare a desired tomorrow through the simple act of dreaming it.