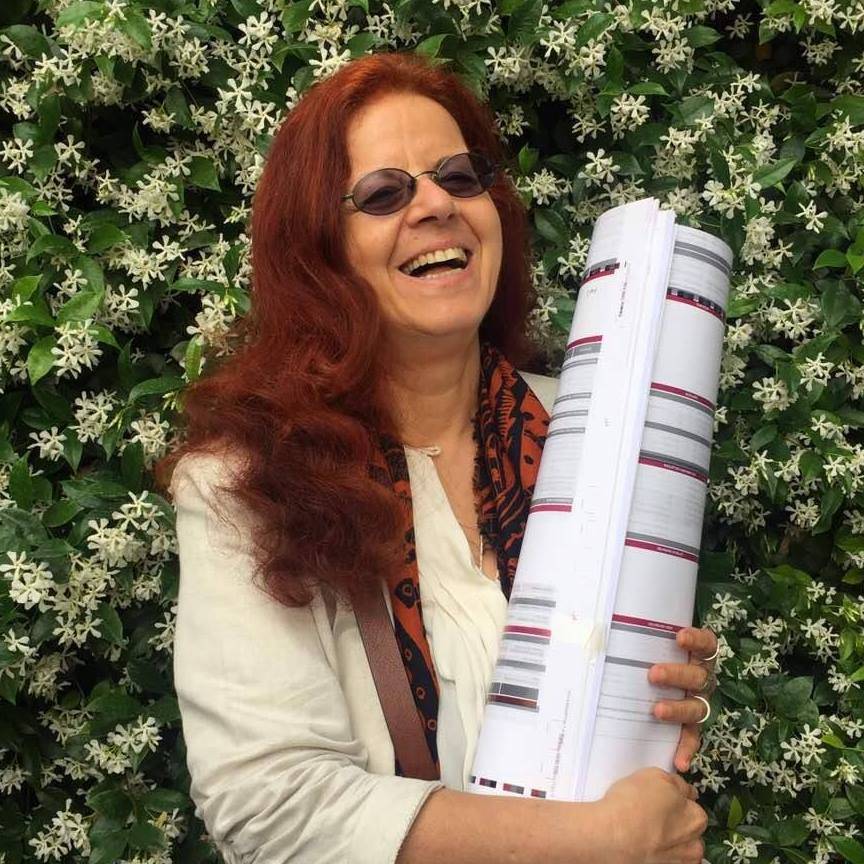 Born in 1955, Greta Naufal is a visual artist and art educator. She started studying painting under John Guvder in 1967 and later at l’Académie Libanaise des Beaux-Arts under the tutelage of the pioneers of Lebanese modern art (Y. Achkar, S. Manoukian, A. El Rayess, R. Charaf, J. Malaeb, N. Saikaly and A. El Bacha). In 1980, she earned her Master degree in Fine Arts with distinction and applied for a PhD program at the Sorbonne University in Paris.

Her work was featured in a number of exhibitions in the Arab World as well as overseas (France, Ireland, Norway, Sweden, the United Kingdom and China). Her awards and honors include the Jury’s Prize for painting from the ‘Salon d’Automne’ at the Sursock Museum (1995), the Jury’s Prize at the ‘Biennale of Alexandria’ (1998), and the Jouhaina Baddoura award in recognition of lifetime contribution to art and education (2016). Her work is featured in various collections including the Royal Museum of Stockholm, Millesgarden Museum, Sursock Museum, the Lebanese Parliament and UNESCO.

Greta Naufal has been also teaching art in various educational institutions in Lebanon since 1983, mentoring many from the young generation of emerging artists. She is currently member of faculty at the Lebanese American University. She is also a member of the Association of Lebanese Artists and the Association of Contemporary Visual Artists (KKV Sweden).

Daughter of composer George Naufal Sawaya, music as a personal expression as well as a a socio-political message was central to her work and latest exhibition ‘Partition Inachevée/Incomplete Partition’ at Galerie Janine Rubeiz. Her book ‘Jazz Pulse’ (co-authored with William Wareing and prefaced by Etel Adnan) bringing together three decades of work inspired by Jazz music was launched by the gallery. It has been added as a reference to the Swedish National Music library.

Often reflecting on the environment that surrounds her, Greta Naufal experiments with various mediums including painting, collage, drawing, photography, lithography, video and installations.

In 1982, after the Israeli invasion of Beirut, Greta Naufal produced a body of work on the theme of displacement and survival. This established her as an influential artist of the ‘war generation’ with a distinctive expressionist style. Throughout the 90s, she became one of the first artists to document post-war Beirut by conducting extensive field research on the vanishing architectural heritage, its impact on collective memory and the personal narratives of the inhabitants of the city.

Whether through interrogating her fluctuating relationship with Beirut, or through exploring the human condition through portraits of great musicians and intellectuals, or through denouncing violence under all its forms, Greta Naufal’s artworks remain strongly rooted in the contemporary space and time which we live in and never fail to surprise us with their strength and power of intuition. 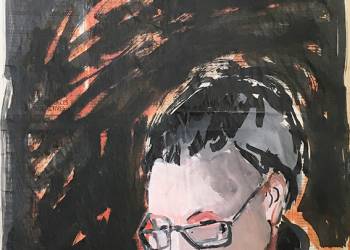 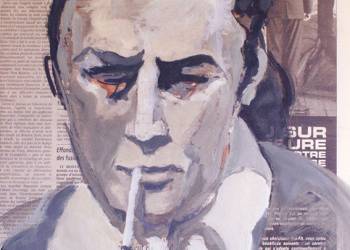