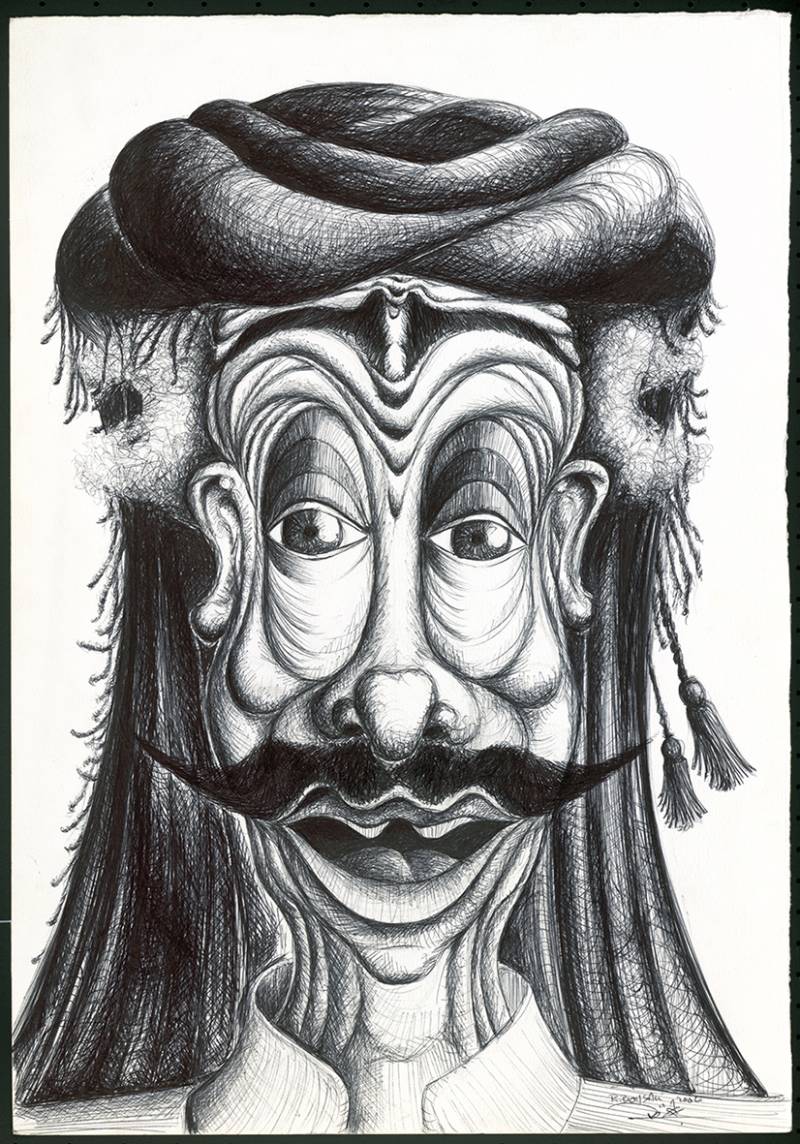 At first stance, Bohsali may intrigue by his realistic rendering, his technical capacity to exemplify the visible. This endeavor of technical mastery, an almost infatuation with perfection, underscores, yet, a great apprehension of this same reality that he depicts.

Creating beauty “is a kind of resistance”, particularly, while surrounded by the decrepit.
In his large paintings, Bohsali insists on incorporating elements that always carry personal apprehension, connotations that affect the artist, yet, arranged and structured in a simple and direct approach in the works. The obsession of the artist with exactitude and diligence in depiction, although voluntary, may be misleading as
the artworks tread on a fine line bordering the notion of “kitsch”, as if they are calculated to have popular appeal.

However, in this process of self definition, the elements seem to be stripped of their extra visual references, as they lay independent of their natural environment. They entice by their isolation. Their accumulation incorporates literary or symbolic allusions, as the artworks retain their pictorial reading, standing highly structured and composed. This visual assemblage of varied encounters, chosen fragments of the personal memory of the artist, is an attempt to knit comprehensible portions of a tangible reality with “a great effort to endurance”.

Bohsali pieces the “parts” by almost “carving them into the painting”. They are rendered with great care and technical attention that equally adds to the detachment and the passivity of the visual expression. The elements don’t rise in opposition. They lie, simply, in the pictorial space, displayed, neutral and devoid almost of any emotion, still and subdued of any “aggression” that they may carry or of which the artist may personally associate with them. These works remain marvelously colorful and candidly composed.

The other facet of this exhibition, the “mask” series that had started with an unconscious urge to depict the mask of death that was haunting the artist during a sad episode of this life. These works on paper are the result of a compulsive need to keep the hands busy, always in action, on the move, scribbling nonstop: defying fate…
The artist’s hands are weaving constantly, compulsively. Lines accumulate on paper, digital screens, books, anything… anywhere. The result of this automatic writing, the faces are again enthralling in their details and expression.

Nevertheless, they present the essential of Bohsali’s pictorial questioning, which is latent throughout his production, always treading on this fine tense line, questioning, between form and content. As these works carry double readings: the first face façade and its conceptual counterpart– these “continuous” linear constructions, which remain, at the essence of their existence: a force, against all odds, determined to exist - a life line for survival.