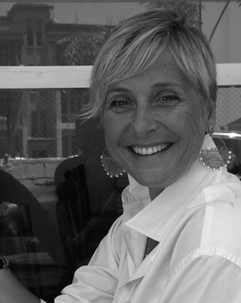 Born in 1963, Leila Jabre Jureidini is a Lebanese artist based in Beirut and who has studied in Paris where she attended the Atelier Jacques D’Anton et Met de Penninghen at the age of 18. She then went to the Ecole Supérieure des Arts Graphiques, followed by two years at Parsons School of Design, Paris campus and New York, for a degree in graphic design.

Today Leila spends most of her time in her studio where she paints, sculpts and brings to life the things that move her. Her sculptures of women, captured in an often-transient position reminiscent of Cartier-Bresson’s ‘decisive moment’, glorify the feminine body in all its splendour. Her bronze cubic sculptures are abstract representations of moods and emotions, and the multi-media pieces a comic – or sad – showcase of our legacy to our children.

The abundance of her work throughout the years culminated in a few high-brow shows, among which: "London's Contemporary Parallax Art Fair" in 2011, "Sursock Museum's 31st Salon d'Automne" in 2012 where she received special mention of the Jury, "Beirut Art Fair" in 2013 and 2015, "Bitassarof" at the Lebanese National Library in 2016 and the travelling collective exhibition of "Imago Mundi Benetton Collection" in 2017.

Jureidini's work is permanently available at Galerie Janine Rubeiz where she partook in solo and collective exhibitions: "The Undoing" in 2014, "Collective exhibition" in 2015, "oeuvres recentes" in 2017 and "Freedom Fighters" in 2019.

At a time when sculpture evaporates into pure gesture and found object, few artists are able to conjure up enough life inside inert matter, rather than simply extract it haphazardly. Leila Jabre Jureidini's sculptures, at the expense of an infinite and breathless gravitational field, exhale with ambivalent verticality, in a broad range of expressions varying from neo-classicism to conceptualism. The smooth surfaces, apparently filled with substance, are sometimes concave and alternatively spiralling from solidity into flight and air. Bronze becomes completely malleable and elastic; slabs and cubes of sedimentation concrete appear playful and elegantly embedded with fragile symbols of modern culture - contradiction, commoditization, violence, consumption. Jureidini retrieves the same thread in her paintings and bi-dimensional mixed media works that while still sculptural in nature, remain humorous and open-sourced. The bronze sculptures retain a degree of indebtedness to the high modernist aesthetic, punctuated by an unexpected voluptuousness and freedom. More abstract forms of representation however, in her most recent work, make the viewer forget the gravity of the material and wander away into fantasy.

Her latest work, themed ‘The Undoing’ or ‘what if not’, speculates what could have been if no nuclear attack, for example, had wiped Hiroshima. She ‘reverses the process’ by removing layers of paint from a series of nine rotating panels illustrating the what happened on one side and the what if it hadn’t on the other – in reverse order – reversing death to life; or what if I was born there, showing a veiled woman on the left-diagonal panes of a large-size lenticular (zigzag) canvas and the same woman in a bikini on the opposite panes... 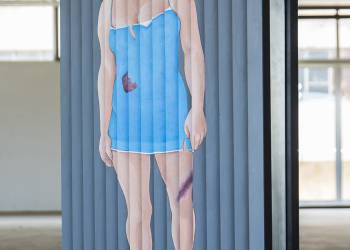 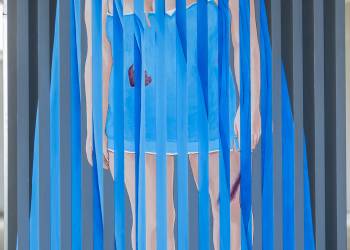 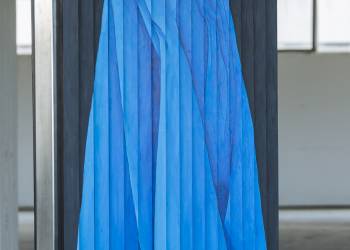 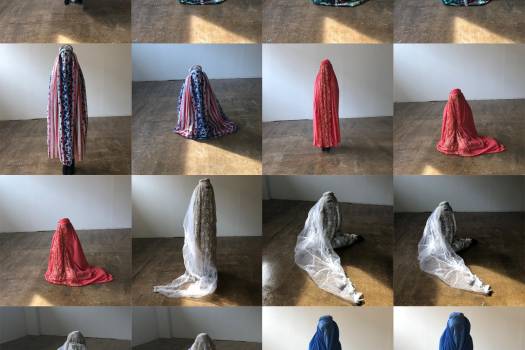 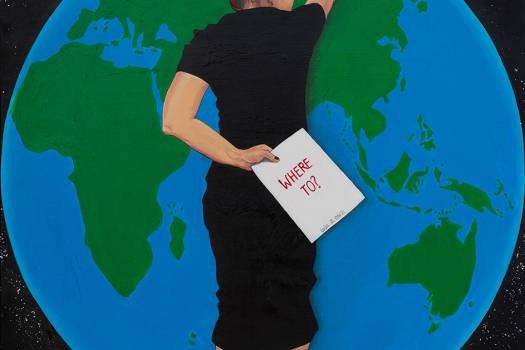 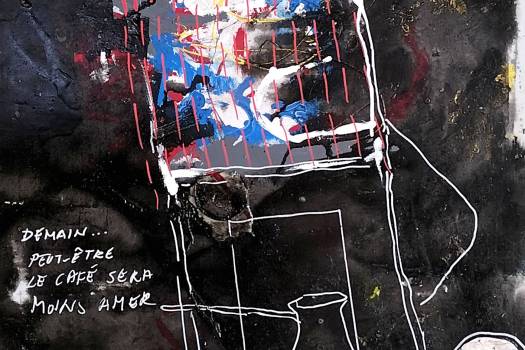 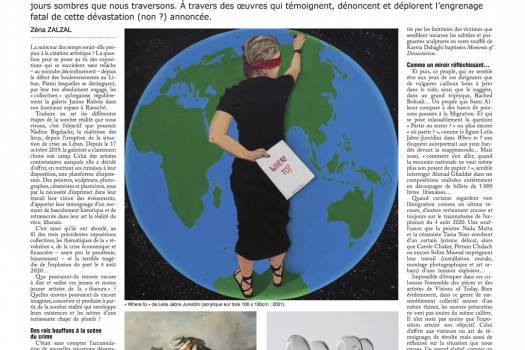 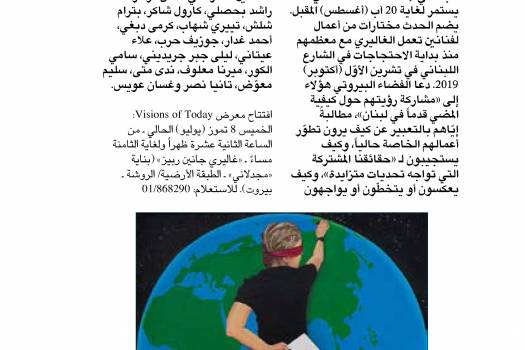 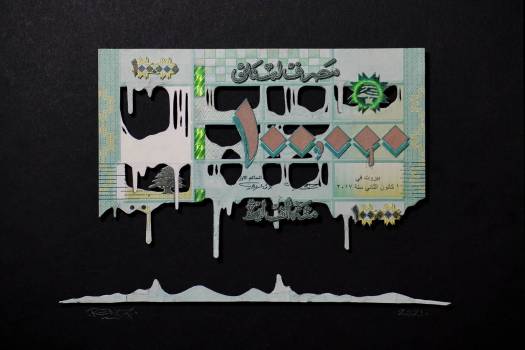