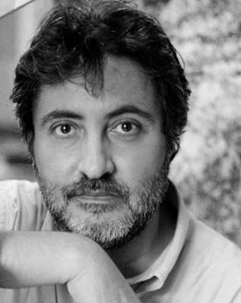 Known for his colorful palette in primary colors, Charles Khoury's work develops a whole universe of interiors, conceived from a radically formalist point of view. The symmetrical shapes melt into primal human forms, opening a space of playfulness between specter and anatomical shape.
The legacy deployed here is indubitably Modernist and grounded in a stable tradition of Lebanese painting and sculpture, however, he innovates upon the received tradition with an artistic practice at the border between image and meaning The two-dimensional surfaces - indeed a very difficult format - rise on their own surface to go on and become a composite environment.
In this environment where formal relationships between shape, color and structure are broken into wholes, but yet remain within the syntax of representation.
In his sculptures, the precise mathematical procedure acquires three-dimensional weight under the same guiding principle, producing  irreverent monumentality through minimal operations of folding and curving, inscribing bodies into abstract space but filled with gravity.

Charles Khoury was born in Lebanon in 1966. He graduated from ALBA in 2005 and since 1993, he teaches ‘’fine arts’’ in Saint Joseph school Antoura.
He is a member of the Salon d’Automne of the Sursock Museum since 1995, the International Association of Fine Arts – Unesco in Paris, and the Association of Lebanese Artists.
Since 1989, he has participated in numerous solo and group exhibitions in Ivory Coast, Syria, Egypt, Kuwait, Lebanon, Dubai, Abu Dhabi, Bangladesh, UK and France.
With Galerie Janine Rubeiz he held a number of solo exhibitions  Etreinte” (2003), “Peintures et sculptures” (2009), “Charles Khoury” (2012) and has also participated in group exhibitions Signes et contours” (1999), Visages francophones (2002), Pinceaux pour plumes at the Sursock Museum (2006), Lignes et couleurs (2008) , and Clin d'oeil (2014).
Khoury's work has been showcased in a number of art fairs  Art Dubai, “Abu Dhabi Art”, ‘’Artuel’’, ‘’Art 14 London’’and Beirut Art Fair.
He has also participated in exhibitions such as Bangladesh Biennale, “Salon d’Automne” at Sursock Museum, exhibitions at the Centre Culturel Francais.
In 2008, the Nicolas Sursock Museum granted him the Special Jury Award, and the Artist Residency Lithography workshop- Morocco in 2013.
His work is permanently exhibited at Galerie Janine Rubeiz. 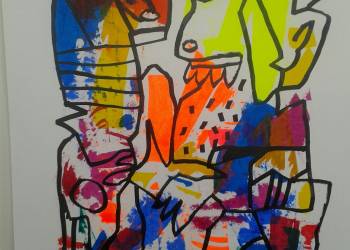 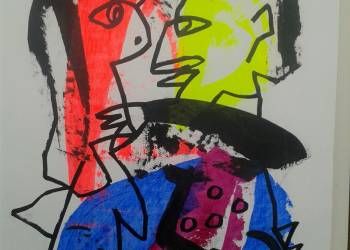 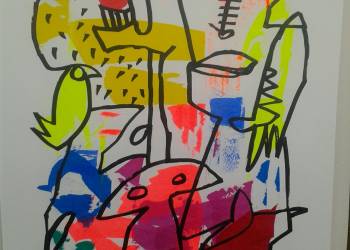 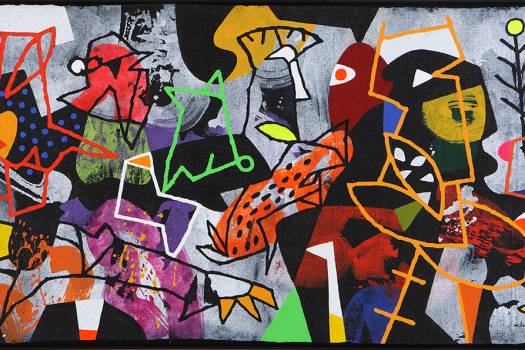 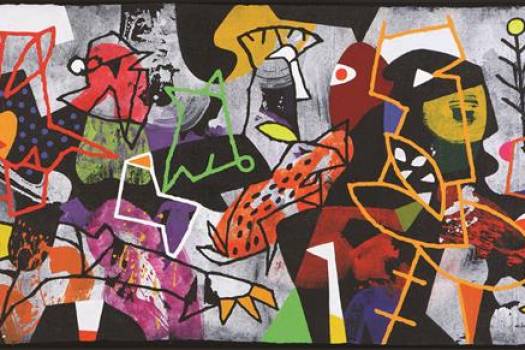